there is no need for you to introduce our glorious traditons to these stupid foreingers, especially the western caucasions. they are stupid morons. they just cann't understand our oriental culture and traditions. so let them keep their ignorance for lifebut on the other hand, if those western imbeciles really get fascinated with our great civilizition, there's too much book and related materials availible for them, they can learn it by themselves.how do you think of my advice?。 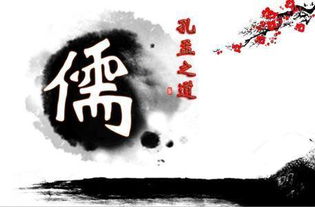 The saying, Chinese people are the offspring of the dragon came from the ancient totem and tales.

It is said that before Huang Di's unification of central plains in China, the totem symbol for China was the bear.

After unification of the tribes, Huang Di decided to use a new form of totem; it is called Long—which means dragon. The head of the original bear and the body of a snake forms it the dragon. In fact the totem of the dragon is the combination of the father and mother tribe of Huang Di. The image of the dragon shows the history of Chinese ethnicity and the unity of Chinese people.

Then the image of dragon began to appear in a lot of pictures and form the characters. People can find the character of dragon in the ancient remains of Java and the image of the dragon in the ancient pot chips. Not long ago the archeologists found two pottery fragments in Liaoning province. One is the moving dragon and the other is stagnant. The images are very vivid in which the scales of the dragon are extremely clear.

Since the dragon became the totem of Chinese, Chinese nation is connected with dragon. Therefore,the tale for Yan Di appeared. It said that Yan Di and Yao were all born because of the dragon. If the ancestor of China is all born for the dragon, the Chinese are the nterments of the dragon. 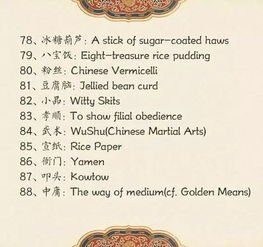 Dragon Boat Festival 5th day of the 5th lunar month Qu Yuan The Dragon Boat Festival, also called the Duanwu Festival, is celebrated on the fifth day of the fifth month according to the Chinese calendar. For thousands of years, the festival has been marked by eating zong zi (glutinous rice（糯米）wrapped to form a pyramid using bamboo or reed leaves) and racing dragon boats. The festival is best known for its dragon-boat races, especially in the southern provinces where there are many rivers and lakes. This regatta（赛舟会）commemorates the death of Qu Yuan , an honest minister who is said to have committed suicide by drowning himself in a river. Qu was a minister of the State of Chu situated in present-day Hunan and Hubei provinces, during the Warring States Period (475-221BC)（战国时期）. He was upright, loyal and highly esteemed for his wise counsel that brought peace and prosperity to the state. However, when a dishonest and corrupt prince vilified Qu, he was disgraced and dismissed from office. Realizing that the country was now in the hands of evil and corrupt officials, Qu grabbed a large stone and leapt into the Miluo River on the fifth day of the fifth month. Nearby fishermen rushed over to try and save him but were unable to even recover his body. Thereafter, the state declined and was eventually conquered by the State of Qin. The people of Chu who mourned the death of Qu threw rice into the river to feed his ghost every year on the fifth day of the fifth month. But one year, the spirit of Qu appeared and told the mourners that a huge reptile（爬行动物）in the river had stolen the rice. The spirit then advised them to wrap the rice in silk and bind it with five different-colored threads before tossing it into the river. During the Duanwu Festival, a glutinous rice pudding called zong zi is eaten to symbolize the rice offerings to Qu. Ingredients such as beans, lotus seeds（莲子）， chestnuts（栗子）， pork fat and the golden yolk of a salted duck egg are often added to the glutinous rice. The pudding is then wrapped with bamboo leaves, bound with a kind of raffia and boiled in salt water for hours. The dragon-boat races symbolize the many attempts to rescue and recover Qu's body. A typical dragon boat ranges from 50-100 feet in length, with a beam of about 5.5 feet, accommodating two paddlers seated side by side. A wooden dragon head is attached at the bow, and a dragon tail at the stern（船尾）. A banner hoisted on a pole is also fastened at the stern and the hull is decorated with red, green and blue scales edged in gold. In the center of the boat is a canopied shrine behind which the drummers, gong（铜锣）beaters and cymbal（铙钹）players are seated to set the pace for the paddlers. There are also men positioned at the bow to set off firecrackers, toss rice into the water and pretend to be looking for Qu. All of the noise and pageantry creates an atmosphere of gaiety and excitement for the participants and spectators alike. The races are held among different clans, villages and organizations, and the winners are awarded medals, banners, jugs of wine and festive meals.。

Chinese traditional food culture has a long history, and vegetable dishes have many changes in cooking.在清代形成鲁、川、粤、苏四大菜系。In the Qing Dynasty, four major cuisines of Shandong, Sichuan, Guangdong and Jiangsu were formed.后来，闽、浙、湘、徽等地方菜也逐渐出名。

The Spring Festival is the most important festival for the Chinese people and is when all family members get together, just like Christmas in the West. All people living away from home go back, becoming the busiest time for transportation systems of about half a month from the Spring Festival. Airports, railway stations and long-distance bus stations are crowded with home returnees.

The Spring Festival falls on the 1st day of the 1st lunar month, often one month later than the Gregorian calendar. It originated in the Shang Dynasty (c. 1600 BC-c. 1100 BC) from the people's sacrifice to gods and ancestors at the end of an old year and the beginning of a new one.

Strictly speaking, the Spring Festival starts every year in the early days of the 12th lunar month and will last till the mid 1st lunar month of the next year. Of them, the most important days are Spring Festival Eve and the first three days. The Chinese government now stipulates people have seven days off for the Chinese Lunar New Year.

Many customs accompany the Spring Festival. Some are still followed today, but others have weakened.

这些东西都可以再网上查到！ 关于长城的传说 In the north of China, there lies a 6,700-kilometer-long (4,161-mile-long) ancient wall. Now well-known as the Great Wall of China, it starts at the Jiayuguan Pass of Gansu Province in the west and ends at the Shanhaiguan Pass of Hebei Province in the east. As one of the Eight Wonders in the world, the Great Wall of China has become the symbol of the Chinese nation and its culture. Lots of beautiful legends and stories about the Great Wall took place following along the construction, and since that time these stories have spread around the country. Those that happened during construction are abundant, such as Meng Jiangnu's story and the legend of the Jiayuguan Pass. Meng Jiangnu's story is the most famous and widely spread of all the legends about the Great Wall. The story happened during the Qin Dynasty (221BC-206BC). It tells of how Meng Jiangnu's bitter weeping made a section of the Great Wall collapse. Meng Jiangnu's husband Fan Qiliang was caught by federal officials and sent to build the Great Wall. Meng Jiangnu heard nothing from him after his departure, so she set out to look for him. Unfortunately, by the time she reached the great wall, she discovered that her husband had already died. Hearing the bad news, she cried her heart out. Her howl caused the collapse of a part of the Great Wall. This story indicates that the Great Wall is the production of tens of thousands of Chinese commoners. Another legend about the Jiayuguan Pass tells of a workman named Yi Kaizhan in the Ming Dynasty (1368BC-1644BC) who was proficient in arithmetic. He calculated that it would need 99,999 bricks to build the Jiayuguan Pass. The supervisor did not believe him and said if they miscalculated by even one brick, then all the workmen would be punished to do hard work for three years. After the completion of the project, one brick was left behind the Xiwong city gate. The supervisor was happy at the sight of the brick and ready to punish them. However Yi Kaizhan said with deliberation that the brick was put there by a supernatural being to fix the wall. A tiny move would cause the collapse of the wall. Therefore the brick was kept there and never moved. It can still be found there today on the tower of the Jiayuguan Pass. In addition to the above-mentioned stories about the construction of the Great Wall, there are also plenty of stories about current scenic spots. A famous one is the legend of the Beacon Tower. This story happened during the Western Zhou Dynasty (11th century BC-711 BC). King You had a queen named Bao Si, who was very pretty. King You liked her very much, however Bao Si never smiled. An official gave a suggestion that setting the beacon tower on fire would frighten the King's subjects, and might make the queen smile. King You liked the idea. The subjects were fooled and Bao Si smiled at the sight of the chaos. Later enemies invaded Western Zhou, King You set the beacon tower on fire to ask for help. No subjects came to help because they had been fooled once before. Thus, King Zhou was killed by the enemy and Western Zhou came to an end. Beautiful stories and legends about the Great Wall help to keep alive Chinese history and culture. In each dynasty after the building of the Great Wall, many more stories were created and spread. 历史 No one can tell precisely when the building of the Great Wall was started but it is popularly believed that it originated as a military fortification against intrusion by tribes on the borders during the earlier Zhou Dynasty. Late in the Spring and Autumn Period (770 BC - 476 BC), the ducal states extended the defence work and built "great" structures to prevent the attacks from other states. It was not until the Qin Dynasty that the separate walls, constructed by the states of Qin, Yan and Zhao kingdoms, were connected to form a defensive system on the northern border of the country by Emperor Qin Shi Huang (also called Qin Shi Huangdi by westerners or the First Emperor). After the emperor unified the country in 214 BC, he ordered the construction of the wall. It took about ten years to finish and the wall stretched from Linzhao (in the eastern part of today's Gansu Province) in the west to Liaodong (in today's Jilin Province) in the east. The wall not only served as a defence in the north but also symbolized the power of the emperor. From the Qin Dynasty onwards, Xiongnu, an ancient tribe that lived in North China, frequently harassed the northern border of the country. During the Han Dynasty, Emperor Wu (Han Wu Di), sent three expeditions to fight against the 。 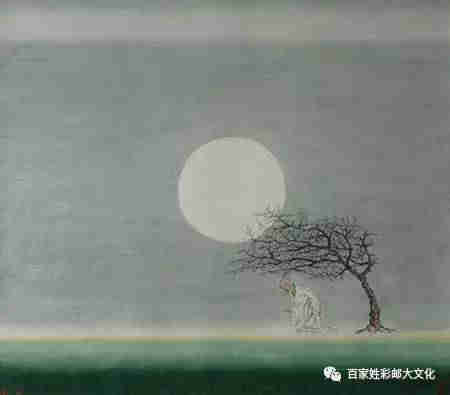 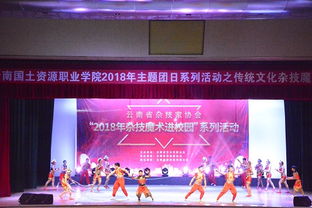 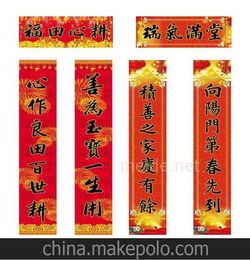 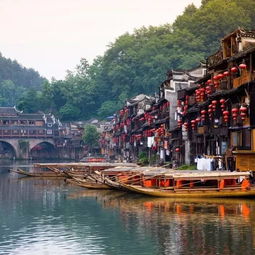 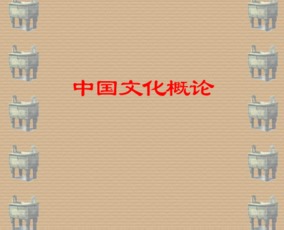 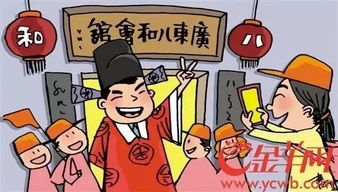 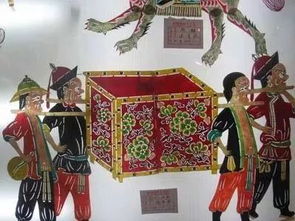 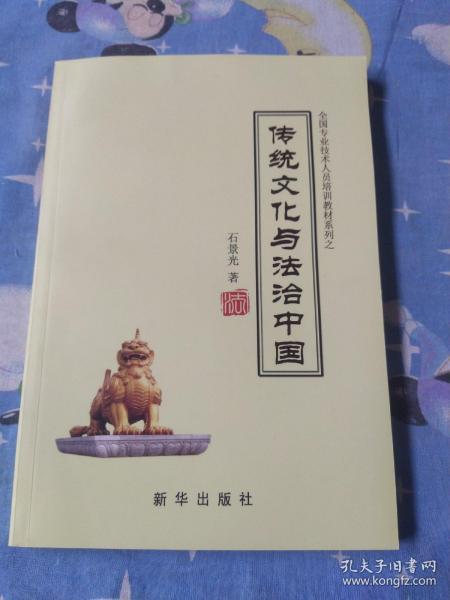 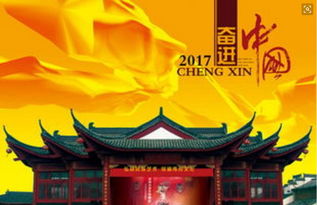 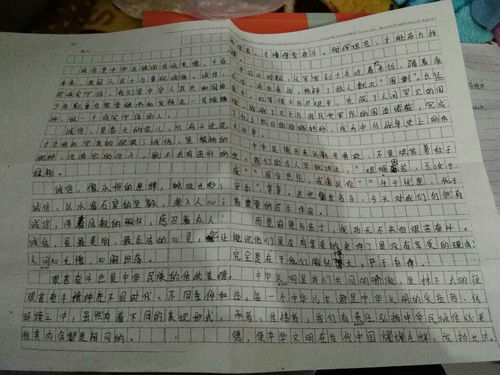 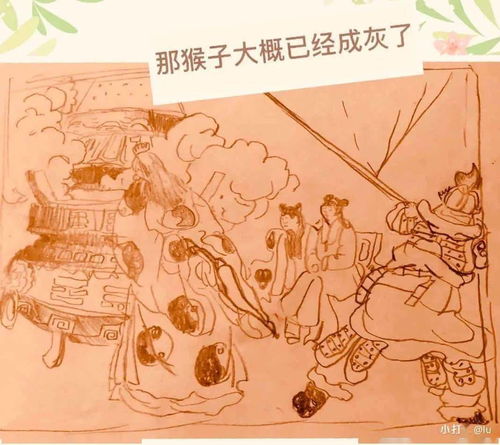 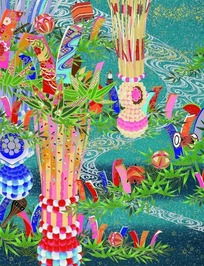 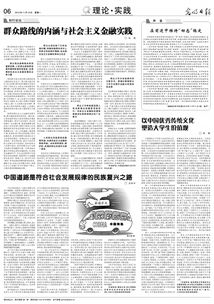 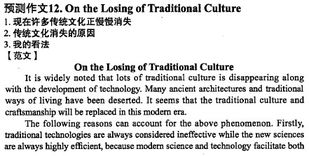 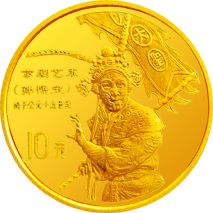 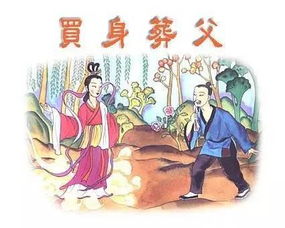