我要尽地主之谊，让来客感受到热情与欢乐。 I and Olympic Games Olympic Games is window, I keep watch. This is a maximum window, had been rubbed bright. Through it, those that see are worlds. Here, it is changing every day, here burgeoning thing is being replaced. Have only me, this loyalty keep watch, it is paying attention to it every day, hopes to know it more. Olympic Games is crossing, I am pedestrian. There are many persons who pass here every day, there is Asian, have European, there is old person, have child. Here is traffic fort, joins the friend of all corners of the country. I pass the one of persons of hundreds of millions of here merely, cross it, go to another world. Olympic Games is Holy Land, I am volunteer. This is the land with pure flat, has holy fire from start to finish to accompany in side. Just because it is so, I pay out voluntarily for it, I will let my strength, let this slice of land more clean, let more ones know it, is also willing to devote oneself to it as me. I still help to the person who comes to here, let them enjoy the happiness of this slice of Holy Land. Olympic Games is platform, I am host. It has put up platform for us , lets world know us; It has built bridge for us , lets us and world link up better. This platform may let us display self wantonly. I am the host of here, I am proud to be the host of here. I will let the friendship of landlord, let guest experience enthusiasm and happiness. "The Games of the 29th Olympiad in 2008 are awarded to the city of Beijing."With the motto "New Beijing, Great Olympics", Beijing promises to host a "Green Olympics", a "Hi-tech Olympics" and the "People's Olympics". Chinese people always appreciate the purposes and principles of Olympic ideal, support the efforts of Olympic Games to promote world peace. The Chinese Government and people are doing our the utmost/best to prepare for the 2008 Olympic Games in Beijing, and shooting at the pageant with advocating Olympic ideal, sparkpluging world peace and enhancing the relationships among the world. Olympic spirit are gonna spread again in orient cultural ancient China. The government and people of China have always admired the purposes and principles of the Olympic spirit and supported the efforts made by the Olympics in promoting world peace. The Chinese government and people are doing our utmost in preparation for the 2008 Olympics in Beijing. It is our hope to make it a grand gathering that will carry forward the Olympic spirit, promote world peace and enhance the friendship among people of the world, so that the Olympic spirit will flourish once again, this time in China, an oriental country with an ancient civilization. 中国人民一向赞赏奥林匹克精神的宗旨和原则，支持奥林匹克运动为促进世界和平所做的努力。

2000 years of history, the Chinese New Year custom of the prevalence of China, penetrated into the life of everyone, and also forged the soul of every Chinese people. Chinese New Year, each end of the lunar calendar to hurry back home to reunite with their family members in worship, eating dumplings, and happy new year, the main attraction, which has become a common habit of people of Chinese descent两千多年的历史，中国的新年风俗盛行神州，渗透到了每个人的生活之中，也铸造了每个炎黄子孙的灵魂。

A Sunday between March 22 and April 25 The meaning of many different customs observed during Easter Sunday have been buried with time. Their origins lie in pre-Christian religions and Christianity. All in some way or another are a "salute to spring," marking re-birth. The white Easter lily has come to capture the glory of the holiday. The word "Easter" is named after Eastre, the Anglo-Saxon goddess of spring. A festival was held in her honor every year at the vernal equinox （春分）. People celebrate the holiday according to their beliefs and their religious denominations （命名）. Christians commemorate Good Friday as the day that Jesus Christ died and Easter Sunday as the day that He was resurrected （复活）. Protestant settlers brought the custom of a sunrise service, a religious gathering at dawn, to the United States. This year Easter will be celebrated on Sunday April 11, 2004. On Easter Sunday children wake up to find that the Easter Bunny has left them baskets of candy. He has also hidden the eggs that they decorated earlier that week. Children hunt for the eggs all around the house. Neighborhoods and organizations hold Easter egg hunts, and the child who finds the most eggs wins a prize. The Easter Bunny is a rabbit-spirit. Long ago, he was called the" Easter Hare." Hares and rabbits have frequent multiple births so they became a symbol of fertility. The custom of an Easter egg hunt began because children believed that hares laid eggs in the grass. The Romans believed that "All life comes from an egg." Christians consider eggs to be "the seed of life" and so they are symbolic of the resurrection of Jesus Christ. Why we dye, or color, and decorate eggs is not certain. In ancient Egypt, Greece, Rome and Persia eggs were dyed for spring festivals. In medieval Europe, beautifully decorated eggs were given as gifts. Egg Rolling In England, Germany and some other countries, children rolled eggs down hills on Easter morning, a game which has been connected to the rolling away of the rock from Jesus Christ's tomb when he was resurrected. British settlers brought this custom to the New World. In the United States in the early nineteenth century, Dolly Madison, the wife of the fourth American President, organized an egg roll in Washington, D.C. She had been told that Egyptian children used to roll eggs against the pyramids so she invited the children of Washington to roll hard-boiled eggs down the hilly lawn of the new Capitol building! The custom continued, except for the years during the Civil War. In 1880, the First Lady invited children to the White House for the Egg Roll because officials had complained that they were ruining the Capitol lawn. It has been held there ever since then, only canceled during times of war. The event has grown, and today Easter Monday is the only day of the year when tourists are allowed to wander over the White House lawn. The wife of the President sponsors it for the children of the entire country. The egg rolling event is open to children twelve years old and under. Adults are allowed only when accompanied by children! Traditionally, many celebrants （司仪神父） bought new clothes for Easter which they wore to church. After church services, everyone went for a walk around the town. This led to the American custom of Easter parades all over the country. Perhaps the most famous is along Fifth Avenue in New York City. Good Friday is a federal holiday in 16 states and many schools and businesses throughout the U.S. are closed on this Friday.。

How to improve your English eidtor Cui ao ran Today is new year,old year went by.In this new year,we should make much progress on English side.how to improve your English skill?and what should I do? First,you should set aside a few minutes to do English exercise,sometimes,you can try to translate some English sentence into chinese.In general,you must resite more English words and the best sentence,but you have to how to use it,"how to use it?"says somebody,"It is important for you tounderstand it,then you can use this sentence and this words"says I.Making an affort to practise them,you will successed in passing on the English examnation. Then,you should read book every moring,you have to be familar with the contect of book,when you read book,your should look over this important sentence that your teacher want you to recite,oh you have to write words from time to time,"It is one thing to write,another to read"says I. Finally,It is difficult to read English newspaper.On the one hand,you can draw attiong to cuurrent affears in different county,on the other hand,reading Enlish newspaper is the best way to improve your read skills.The more practise,the more mark you can get. Where there is a will, there is way.If you studied hard on English side,you would go aborad to further education. 春节是中国民间最隆重最富有特色的传统节日，它标志农历旧的一年结束 。

活动丰富多彩，带有浓郁的民族特色。 The traditional festival of the Chinese folks most solemn and impressive and the most full of special features in Chinese New Year( the Spring Festival), it symbolizes the lunar calendar for old year to end.A New Year''s Eve of Chinese New Year and the beginning of January a.But in the folks, the Chinese New Year of the traditional meaning mean from the beginning of the month of 腊 eight of fiesta oflaor month of la 23 or 24 of fiesta cooking stove, has been arrive the January 15, among them with New Year''s Eve and the beginning of January an is high tide.The These activity all with offer sacrifices to the absolute being fo , the sacrifice the ancestry and drive out the old and bring in the new, the face the xi to connect the blessing, imprecation for plentiful year is main contents.The activity enrich colorful, take to have the heavy race special features. 英文：Wishing you all the blessings of a beautiful season. 中文：愿你拥有美丽的新年所有的祝福。

英文：I would like to wish you a joyous new year and express my hope for your happiness and good future. 中文：祝新年快乐，并愿你幸福吉祥，前程似锦。 英文：Happy new year, my best friend. 中文：祝我的挚友新年快乐。

英文：A New Year greeting to cheer you, my good friend. 中文：希望新年祝福给你带来欢乐，我的好朋友。 英文：Best of luck in the year to come. 中文：愿你在未来的一年里，吉星高照。

英文：Wish all the best wishes for you. 中文：献上最美好的祝愿。 英文：May its blessings lead into a wonderful year for you and all whom you hold dear. 中文：祝福你及你所爱的人新的一年中万事如意。

英文：To wish you special joy at the holidays and all year. 中文：祝你在节日和新的一年中享有无限的快乐。 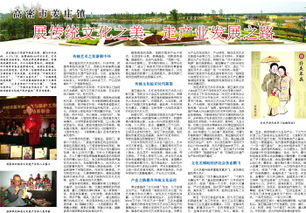 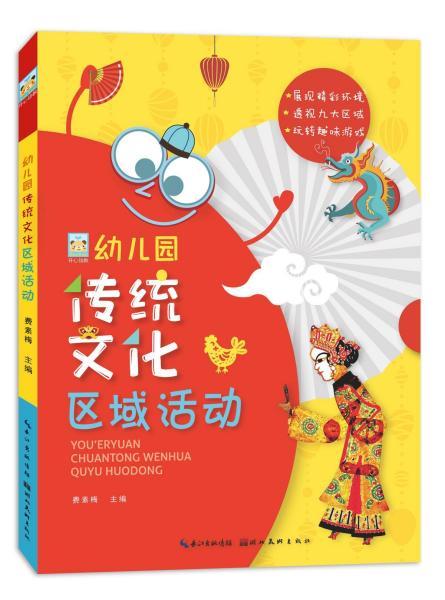 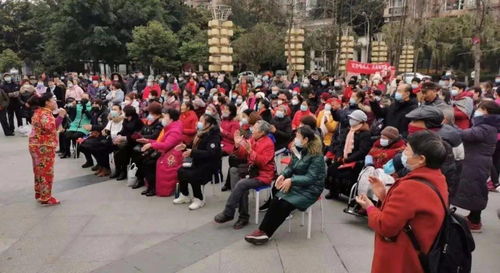 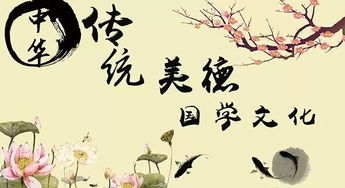 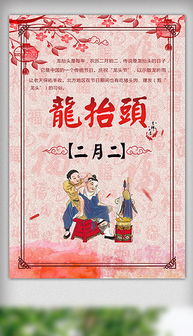 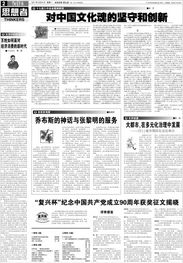 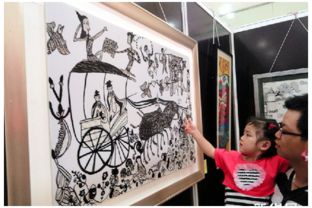 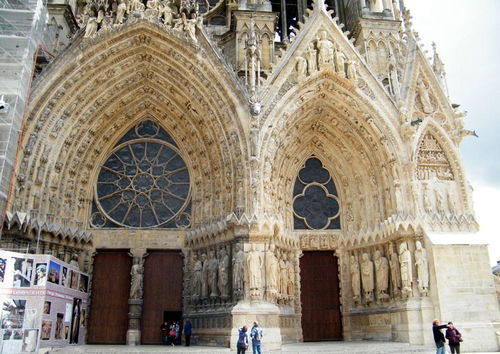 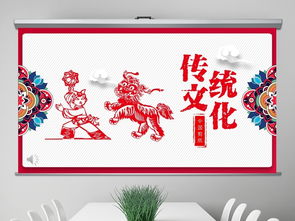 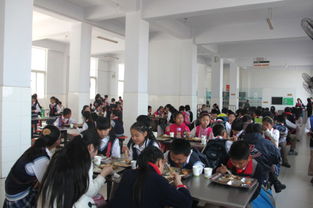 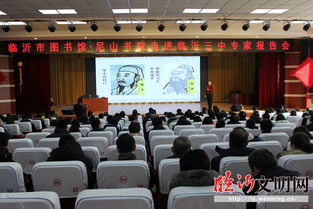 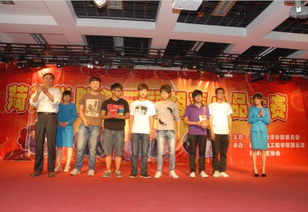 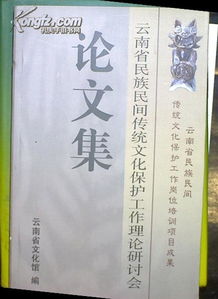 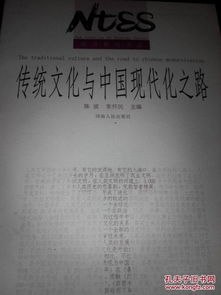